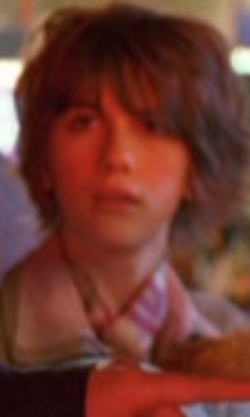 Veronica was Lewis's girlfriend, she was seen hanging around with Lewis in McKinley Park during his senior trip. Lewis won a big teddy bear at the "Test Your Strength" game booth, so Veronica helped him to carry it. Veronica was supposed to get on the Devil's Flight with Lewis, but she didn't enter at last, and she stayed outside the roller coaster, waiting for Lewis with the big teddy bear he won. Veronica was never seen again, and she didn't appear at Ashley and Ashlyn's funeral, so it's unknown if she is a McKinley High School student or not.

Retrieved from "https://finaldestination.fandom.com/wiki/Veronica?oldid=84750"
Community content is available under CC-BY-SA unless otherwise noted.