Suby is a character in The Final Destination. He fought in the Korean War, and his experiences there left him with some anti-Asian sentiments.

One afternoon, Suby is in the hospital for water therapy and, when the orderly (who is Asian) tries to make small talk, Suby merely scoffs and states "What do you care? You know how many of your kind I killed in Korea?"; when the orderly claims to be Chinese, Suby responds with "Pfft! Same difference!" Eventually, the orderly is called away by a nurse and, in his haste to go, accidentally leaves the tap of the therapy pool running.

As the tub begins overflowing and flooding the room, Suby feebly tries to call for help, but no one in the hall hears him. Eventually, the tub falls through the floor, crushing Jonathan Groves, who was in the room below. Staring down at the wrecked pool and Jonathan's dead body, Suby can only whimper in shock. 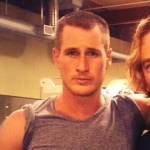 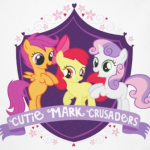