View source
The title of this article is conjectural; an official name for the article's subject has not been found, so it has been given a fitting title by editors. 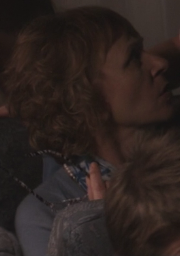 Flight 180 female passenger is an older woman who asks the flight attendant what the commotion is about. She is featured in the denouement of Final Destination 5, seated aboard Flight 180. The commotion being referenced is the fight that results from Alex Browning wanting to get off the flight. The stewardess responds that it is about someone having a vision of the plane blowing up. She is overheard by Sam Lawton, seated nearby.

She dies in the explosion of Flight 180.