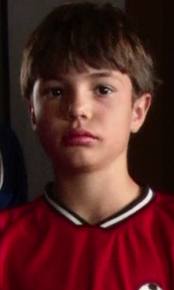 Daniel Lane is the mischievous son of Samantha and Edward Lane.

Daniel has an Irish accent, he was born in Lakeview, New York, but was resided in McKinley, Pennsylvania, with his parents and older brother Ryan.

In The Final Destination, he and his brother Ryan are (unknowingly) servants of Death. He and Ryan made a contest to see who could hit a sign with a rock. A lawn mower ran over one of the rocks, which propelled the rock into Samantha's eye, killing her. The witnesses were Samantha's children and the salon's receptionist who see it in horror. According to the newspaper that reported Samantha's death, the witnesses were receiving counseling after the incident, so it can be assured that Daniel was one of them.

Retrieved from "https://finaldestination.fandom.com/wiki/Daniel_Lane?oldid=87143"
Community content is available under CC-BY-SA unless otherwise noted.