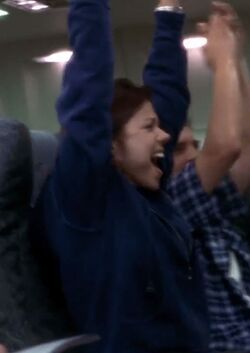 Christa was a Mount Abraham High School student, and a casualty of Flight 180 explosion.

She heard Alex shouting about her premonition. But she did not believe him, and she remained on it when it took off. It can be assured that Christa died as the same way as what happened in Alex's premonition.